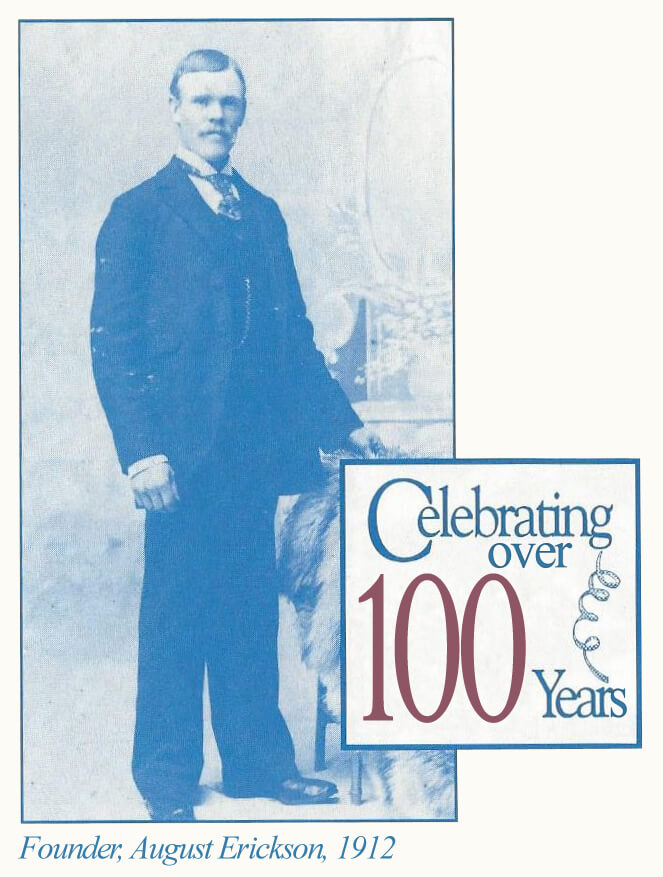 August Erickson, a Swedish immigrant, arrived in the New World and Washington in 1887. Stopping first in New York, Minnesota, Anacortes and Monte Cristo, he made his living by selling rainwater to loggers and peddling goods to miners. In the 1900’s, August Erickson finally settled in Everett and opened the area’s first dairy. Later, in 1912, he started a small furniture and general store at 2810 Broadway. The initial building was only 25 feet wide by 75 feet deep, with the upstairs doubling as a rooming house. At first, deliveries were made by wheelbarrow, and the a local transfer company contracted to haul goods by horse and wagon.

August and his wife resided at 23rd street and Rockefeller Avenue where they raised three sons, Phil, Joe and “Rosie”. In the 1920’s, the boys joined their father in the business. Then, in the 1950’s Rosies’s two sons, Jim and Don, along with daughter, Mary Elaine, became the third generation in charge of the family business. In 1986 Jim and his son Mark opened the "new" store at its present location 2015 Broadway. Today, it is Jim's youngest son Clay that operates the store with the help of Mark's son Chad, marking the fifth generation of Ericksons to continue the family tradition.

Though many things have changed over the past 100 plus years, our dedication to customer satisfaction remains the same. It is our commitment to quality products, good value, and individual service which you can rely on year after year. After all, its been a family tradition since 1912!